Our B&B is a hidden gem, surrounded by enchanting places, full of charm, beauty and mystery.
Lost among the districts and monuments of Palermo: discover what to see near B&B Sant’Agostino. 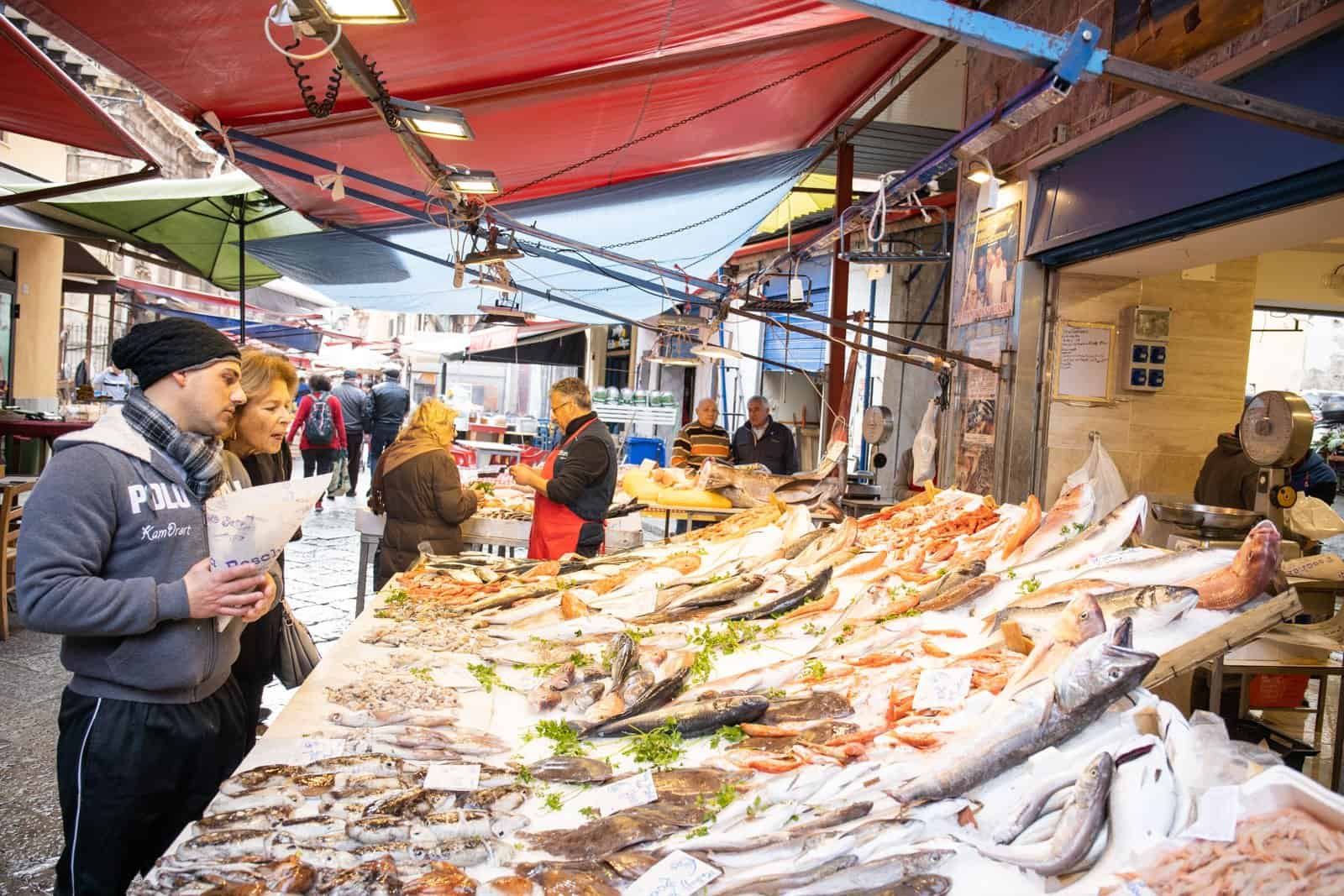 In the heart of the Arabic quarter of Schiavoni,where the streets of Sant’Agostino, Beati Paoli and Porta Carini meet, and stands the ancient and colourful Mercato del Capo.

Walking among the fish and street food stalls, guided by the vuci (voices in local dialect) of the merchants and the intense scents of roasted squid and fried fish, you can fully immerse yourself in the local folklore and popular culture that makes the city of Palermo magical.

This is a place that still keeps traditions alive and that surprises tourists from all over the world, among flavours and scents that it are difficult to forget.

The Mercato del Capo is located a few steps from the B&B Sant’Agostino and is a must for those who want to take a tour of the historic center and discover the real and authentic Palermo. 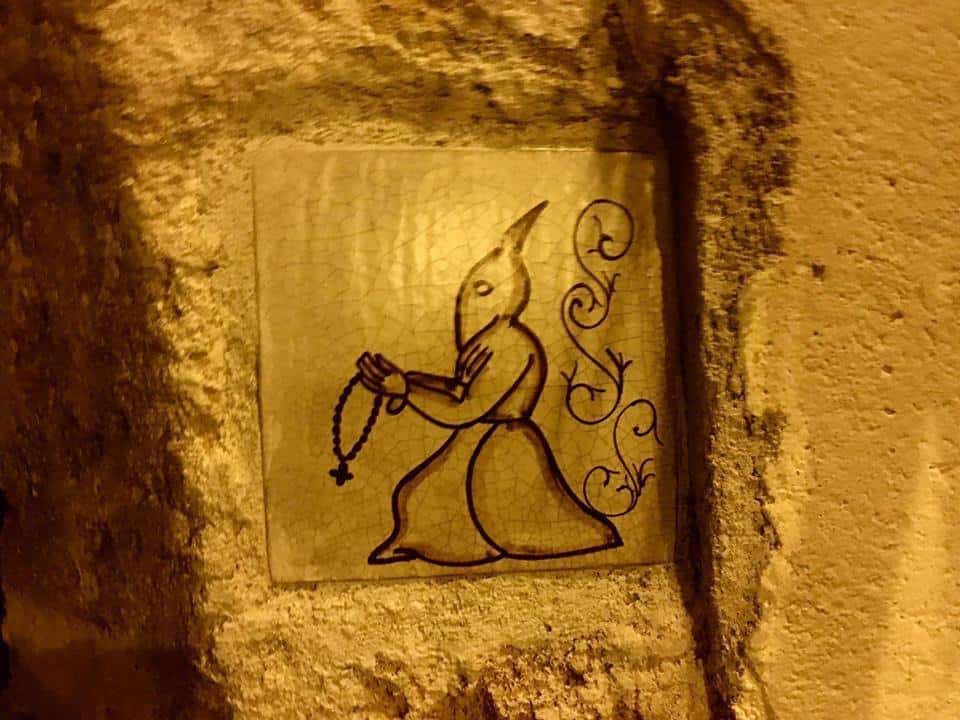 Beati Paoli Square and the cave of mysteries

Walking along via Beati Paoli and leaving behind the Mercato del Capo, you arrive in the square of the same name. Beati Paoli Square is a suggestive place, which brings to light mysteries, secrets and ancient legends.

By entering in a crypt of the Church of Santa Maria di Gesù al Capo, which overlooks Piazza Beati Paoli, underground passages branch out under the streets of Sant’Agostinoand Cappuccinelle and are thought to reach the walls of the Catacombs of Porta d’Ossuna.

According to legend, a secret sect used to gather under the Capo district, moving through caves and underground passages to avenge the weakest and defenceless from the abuses of the nobles and the powerful.
The Vendicosi, as the Marquis of Villabianca called them, better known as the Beati Paoli, worked secretly to punish with death anyone who abused their power.

From the B&B Sant’Agostino, walking along Vicolo degli Orfani, you can easily reach the square and the Grotta dei Beati Paoli and discover the ancient legends that accompany the history of Palermo.

The Cathedral of Palermo

Once past the mysterious Beati Paoli square, it is time to discover the splendid Cathedral of Palermo, the true jewel of the city and symbol of its millenary culture.

Erected from the ashes of an ancient Christian basilica, transformed into a mosque during the Islamic domination and once again returned to Christian worship by Roger of Hauteville, this cathedral bears the signs of every culture that has crossed the island.

Still today it shows off his spires, towers and domes, mixing the Arab-Norman style with the Gothic-Catalan, taking the best of both worlds.

Inside are kept the relics of the culture of Palermo and Sicily, as if it were a treasure chest of the entire region: here rest the legendary Patron Saint Rosalia, the Stupor Mundi Federico II and Costanza d’Altavilla.

A few meters from the B&B Sant’Agostino is enough to reveal the secrets and history of our wonderful city. 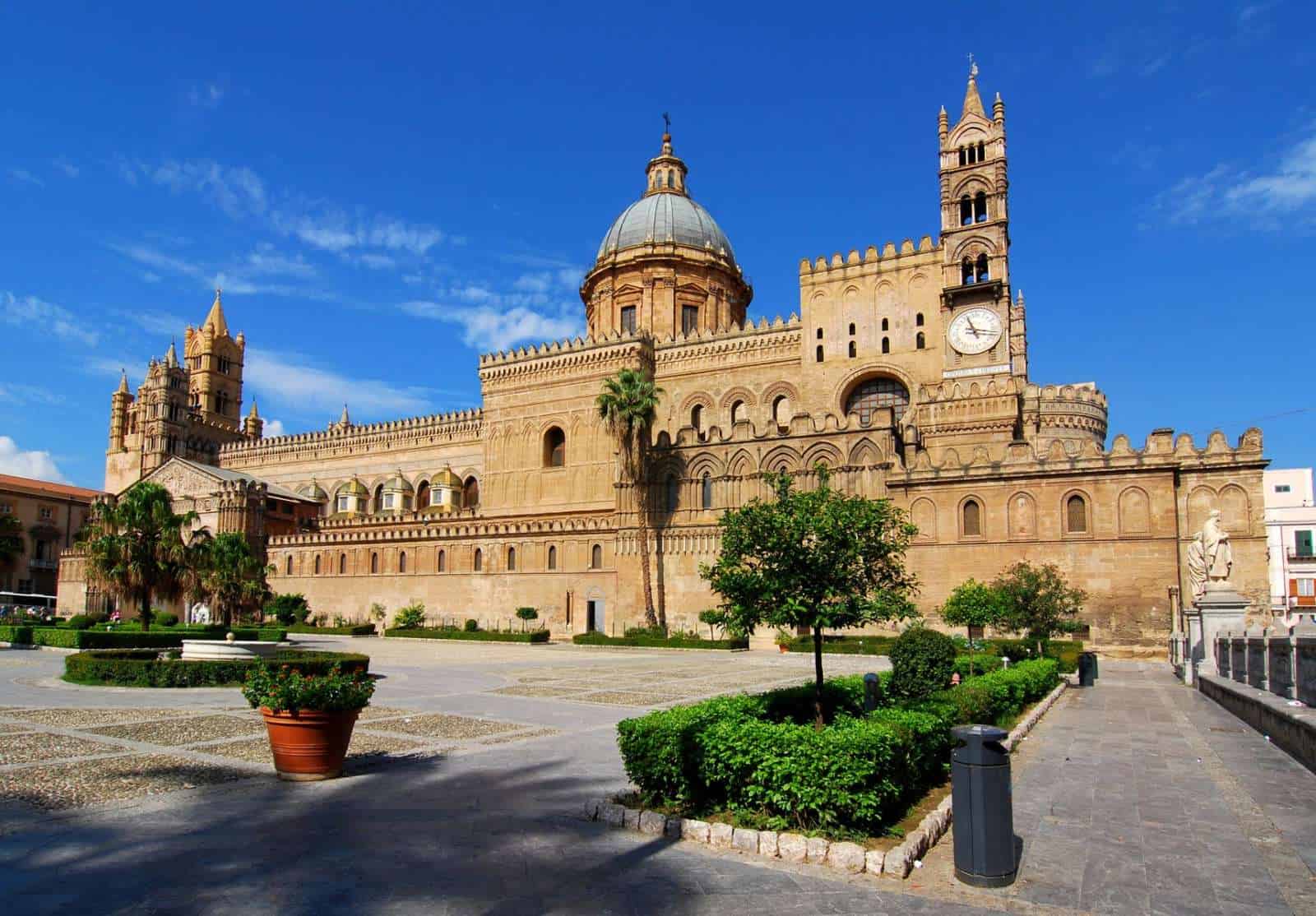 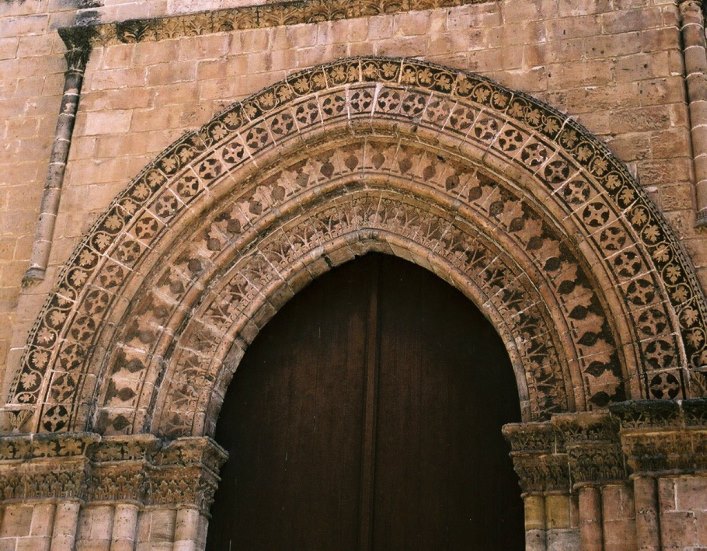 Behind the wonderful Teatro di Piazza Verdi, in the street where the B&B Sant’Agostino is located, you find yourself immersed in one of the most crowded and characteristic markets of the city of Palermo: the Mercato Sant’Agostino, also known as Mercato di via Bandiera.

Strolling through the colourful clothes stands of the countless shops in the district, you can rediscover the ancient Arab influences that the market still enjoys today.

And it is right in Via Sant’Agostino that the church of the same name was built by the Chiaramonte family: an enchanting building in Gothic and Baroque style embellished with inlays, arabesques and hand-carved columns.

Inside the Church Sant’Agostino, moreover, it is possible to admire wonderful paintings and stuccoes made by the famous Giacomo Serpotta.
Among architectural jewels, picturesque markets and monuments of timeless beauty, the B&B Sant’Agostino is undoubtedly the ideal place to reach the main places of interest and, above all, to fully immerse yourself in the folklore of the city of Palermo.

Walking along the street that leads from the B&B Sant’Agostino to the Mercato del Capo, in the direction of the Central Station, you will reach one of the most important squares of Palermo.

Verdi Square, also known as Piazza Massimo, is today the nerve centre of tourism and nightlife in Palermo.
A few steps from the shopping streets and Piazza Castelnuovo – home of the prestigious Politeama Theatre – you will find yourself among Art Nouveau buildings and the scents coming from the typical cuisine that populate the area, with the Capo district on one side and La Loggia on the other.

Overlooking Piazza Verdi are the large columns and bronze lions of the splendid Massimo Theatre, one of the largest in Europe. This theatre hosts important theatrical performances and has also been the set of important masterpieces of cinema such as Francis Ford Coppola’s The Godfather.

With its facade that reminds the majestic Greek-Roman temples, the five boxes inside and the circular painted ceiling )that resembles a large flower with its eleven frescoed petals, the Teatro Massimo is a real treasure to be discovered. 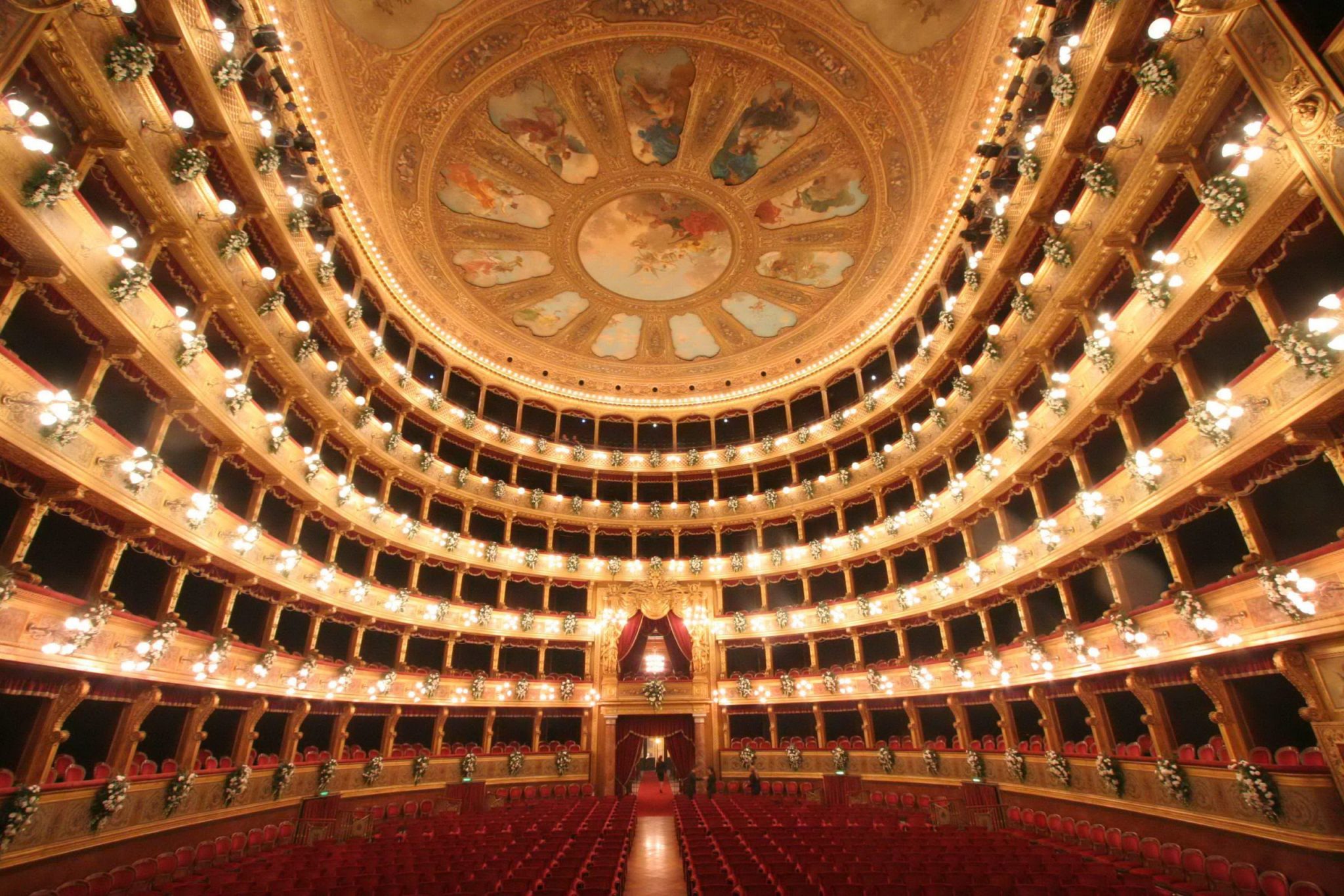